LaLiga is a truly global league with millions of fans around the world tuning in each weekend to see its superstars compete for the LaLiga crown. Players like Messi, Hazard, Rodrigo or Oblak are known to soccer fans from Barcelona to Los Angeles. But there are some lesser known facts that will put you in the pole position at every fan discussion and LaLiga trivia night. 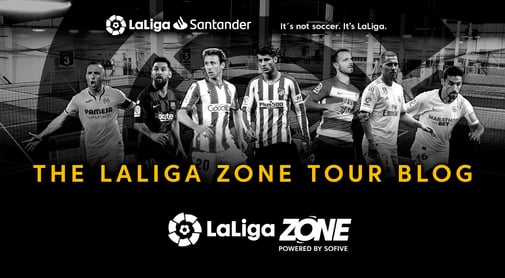 Every self-respecting soccer fan knows about El Clásico, the rivalry everyone is looking forward to seeing each year between FC Barcelona and Real Madrid. During these two games, some of the best players in the world join forces to treat the audience to quality soccer and world class plays. Each game gathers 650 millions views globally which is equivalent to 5 Superbowls. Impressive, right?
So who has the lead? As of now FC Barcelona is ahead with 73 wins versus 72 for Real Madrid. So make sure to tune in on March 1st to see the 181st opposition between the two teams.

LaLiga has featured some of the world’s most iconic players: Messi, Zidane, Ronaldo, Ronaldinho, Suarez, Cannavaro, Modric, and the list goes on and on. For the past 11 years, the Ballon d'Or winner hailed from Spain's top division. It is only fitting that the two clubs with the most Ballon d’or wins are FC Barcelona (12 wins) and Real Madrid (11) thanks to (former) players like Messi and Ronaldo.

LaLiga’s digital reach is twice the population of Spain


How many LaLiga Official Peñas are in the U.S.?

Did you know that fan clubs are called peñas in Spanish? At its most basic level, a peña is a group of friends with a common interest, be it books or wine. A “peña culture” has existed in Spanish football for over a century, however they became a central part of the game in Spain during the 1950s and 1970s, cropping up across the Iberian Peninsula and, later, worldwide. LaLiga has 41 Fanclubs in the U.S. and the supporters are the best ambassador of LaLiga. If you haven't joined your favorite peña yet, what are you waiting for?

Did you know LaLiga has an academy in the US?

Miami doesn’t only have South Beach, Little Havana and Key Lime Pie; it’s also home to the first academy of LaLiga in the US. Players are being trained and coached with LaLiga methodology. Boys and girls between 5 and 19 years are welcome at the LaLiga Training Program. https://laligaacademy.com/

Already knew it all? Come prove your knowledge at the LaLiga Zone quiz booth coming to Sofive Center near you. Tickets on sale now. Win great LaLiga swag, compete on our state-of-the-art indoor fields and win a trip to see your favorite team live in Spain! Get $5 off with the early bird code “laligazone” until Feb. 15th!